Pope Francis's top Vatican ally has just been charged with child sex abuse
The Catholic priest sex abuse scandal has just made its way to the top of the Vatican.
Pell would “return to Australia as soon as possible to clear his name.” Authorities have not yet released information about the alleged victims, but they are believed to have involved minors.

Pell, one of the most powerful men in the Vatican, has been at the center of a media firestorm in recent years in his native Australia involving whether or not he, as archbishop of Melbourne, had been involved in covering up the abuses of others.

Last year, before any accusations against him surfaced, Pell became involved in the wider scandal when he testified to an Australian commission on clerical child abuse. Speaking via video-link from Rome, he expressed regret for not having done more to protect victims of abuse. There, he came under fire for having inadequately responded to one case of confirmed abuse in his diocese, Ballarat, a district with one of the most checkered histories of sexual abuse, including a pedophile ring. (As archbishop of Sydney, Pell himself had been accused in 2002 of sexual misconduct involving an incident with a minor at a summer camp in 1961, but was cleared of all wrongdoing).


Since late last year, renewed rumors have swirled of Pell’s own personal involvement in sexual abuse. Last year, investigators met with Pell in Rome to discuss a number of historical allegations. A collection of statements, including allegations that Pell had inappropriately touched children while swimming with them, was passed to prosecutors this February.

And an Australian Senate motion called for Pell to return to give evidence to investigators (he later did so via video-link, citing ill-health). In May, a new book about Pell by journalist Louise Milligan came out, reporting allegations that Pell had himself abused a number of children on several occasions. Rumors have swarmed since then that charges were imminent, but they were only filed this morning.

Pell is the most senior member of the Catholic Church to be involved in what has now been decades of scandal over systematic child abuse in the ‘60s, ’70s and early ‘80s, by Catholic clergy worldwide.

The sex abuse scandal, which reached the public eye in the 1990s after a series of television documentaries, including 1994’s Suffer the Children, brought the issue to light in Ireland, has spread, with reports of widespread clerical abuse affecting thousands of children in dozens of countries, including the United States and Pell’s own Australia. One Australian study undertaken by a Royal Commission found that a full 7 percent of Australian priests were accused of child abuse between 1950 and 2009.

Almost as damning as the allegations themselves have been the allegations of a Vatican cover-up. Several reports into the abuse have found that senior church officials rarely took action after allegations of abuse, systematically transferring accused offenders into different parishes, where they would continue to come into contact with children, rather than seeking legal recourse or punishment.


Often, Vatican officials chose to see offenses in the religious category of sin — sexual misconduct caused by temptation, and to be addressed through prayer and repentance, with the focus on the abuser’s state of mind — rather than through the lens of crime or systematic abuse. As Thomas Reese puts it in the National Catholic Reporter, "It was thought that if the priest was moved away from ‘temptation’ to another parish, the problem would be solved. Instead, many priests found new children to victimize and abused again. In other words, the bishops responded pastorally to the priest but ignored the risk to children.”

In practice, this led to a culture of enabling. In one of the most shocking revelations to come out of the Ireland cases, the Dublin archdiocese had in 1987 taken out an insurance policy to cover expected future compensation claims by victims.

Ballarat, Australia, where Pell was an episcopal vicar for education between 1973 and 1984, was one of the worst hotbeds of abuse, with sexual abuse by both priests and nuns rife at St. Alipius Primary School, called “a pedophile’s paradise and a child’s nightmare” by Australian television.

Pell’s accusations present a quandary for Pope Francis
Many critical of both Pope John Paul II and Benedict XVI’s sluggish pace in addressing the issue were hopeful that Pope Francis would prove a far more fervent ally when it came to contending with the church’s legacy of sex abuse. And, in his initial years as pope, Francis seemed willing to address these concerns.

In 2013, shortly after becoming pope, he announced the creation of a Vatican committee to fight sex abuse in the church, and in 2014 named eight people, including abuse survivor Marie Collins, to the committee. In April 2014, he also publicly apologized for the Vatican’s actions, breaking a trend of Vatican obfuscation as he said “It is personal, moral damage carried out by men of the Church." Francis insisted "the Church will not take one step backward" in dealing with this problem.” He also announced that any priest who had enabled abuse by moving an abuser to another parish should resign.


But progress has been slow. The pope scrapped one of the main proposals of the Vatican’s committee — that bishops accused of covering up abuse be subject to a tribunal —after bishops objected. And earlier this year, Collins herself stepped down from the committee, citing the Vatican’s “shameful” resistance to redressing its wrongs. The final straw, she said, was the Vatican’s reluctance to comply with a recommendation that all correspondence from those identifying themselves as victims of abuse should receive a response.

But the pope’s continued involvement with Cardinal Pellhas proved fodder for critics who say he is not doing enough to redress the Vatican’s wrongs.

The arrest plunges into uncertainty another less-visible initiative toward reform in the Vatican: dealing with corruption in relation to the Vatican’s finances.

The pope made Pell secretariat — essentially, the Vatican’s treasurer — in 2014, giving Pell a staggering amount of personal power as the pope also entrusted Pell with Vatican financial reform. As secretariat, Pell was tenacious to the point of abrasive in what he saw as rooting out corruption in the Vatican’s coffers, something critics saw as a sign of his desire to use his post to consolidate personal power. Since 2014, however, the pope seems to have cooled on Pell and has reduced the power of his office significantly. The murky nature of the Vatican’s finances, and the uncertain outcome of the reform scheme, render Pell’s position andhis relationship with the pope even more complicated.

The pope and Pell have also seemingly fallen out over theological issues, with Pell — more vocally hardline on social issues than the pope — joining other cardinals in questioning the pope’s handling of a 2015 synod on the family, and verbally supporting those who sent formal doubts, or dubia, to the pope regarding potentially gay-friendly language in his 2016 encyclical Amoris Laetitia.

At the same time, the pope refused to accept Pell’s mandatory resignation last year, after Pell’s first set of testimonies last year. (Cardinals must submit resignations on their 75th birthdays, which the pope is free to disregard.)

But as scandal has hit Pell himself, the Pope has expressed unwillingness to condemn his onetime ally before the facts were ascertained. Last year, he told journalists asking about his continued support of Pell in light of the allegations: "We have to wait for justice and not first make a mediatic judgment — a judgment of gossip — because that won't help, he said. "Once justice has spoken, I will speak.”

But if and when justice does speak, it’s unclear what the pope will say — or whether what he says will have any meaningful effect. 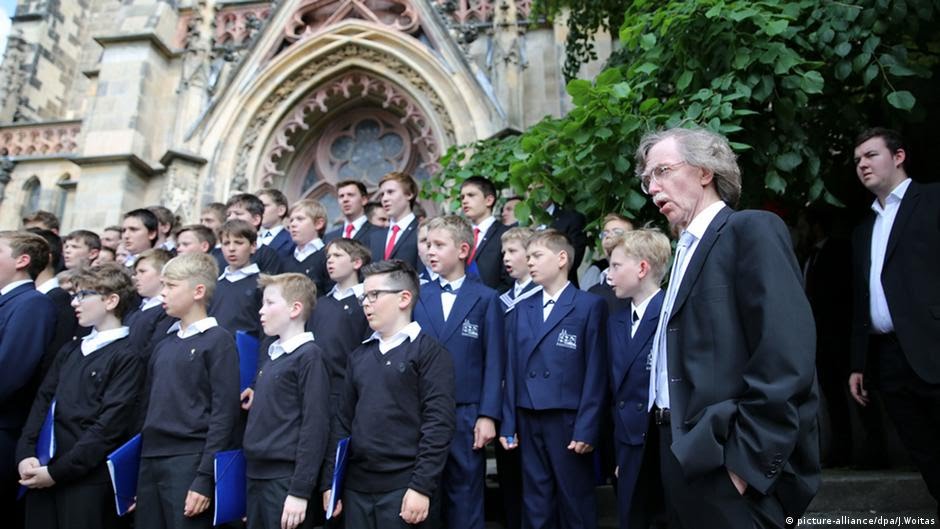 D.w Germany
thanks to the . جاری ہے